Quinola? You heard it here first You probably know by now that most types of granola generally aren’t quite the healthy option we once thought they were. OK, so they usually contain some whole grains and nuts, which are a good start, but most commercial brands have a generous helping of sugar, and what looks like a modest serving packs a massive calorie punch. Which is where Louola’s Superfood Quinola (pronounced keen-ola) comes in. I was lucky enough to win some in a Health Bloggers Community competition a few weeks ago, and have been trying it as a replacement for porridge, my usual cereal choice. 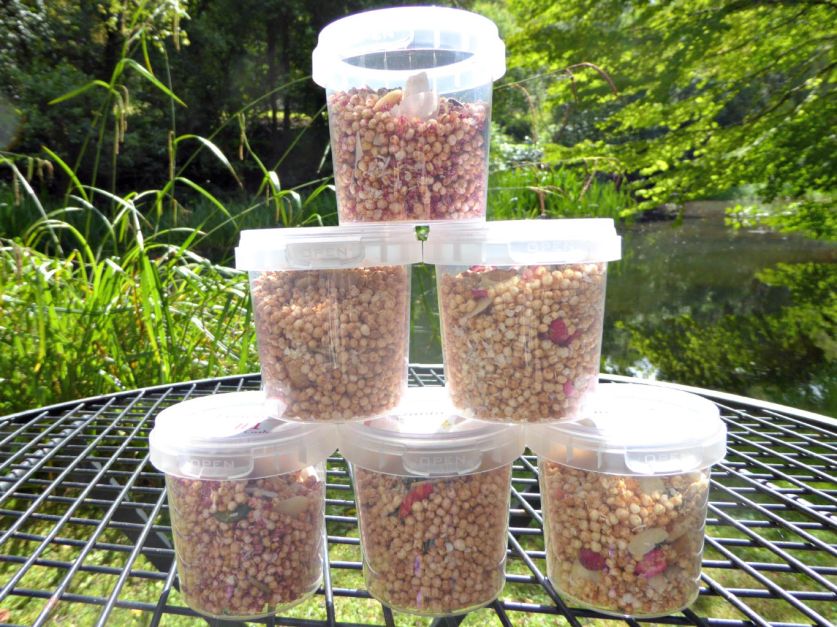 Louola’s Superfood Quinola is a super-healthy granola with quinoa as the base ingredient, and no grains, wheat, dairy or refined sugars. It was founded by Louise Lee, a business graduate and nutritional therapist, who wanted to come up with a healthy and convenient breakfast without sugar or preservatives. The quinola comes in three varieties: As any of my regular readers will know, I’m OK with sensible amounts of sugar in the diet. I’ll even freely admit to you that whenever I find myself at a hotel breakfast buffet, and in the holiday mood, I’ll make a bee line for the Coco Pops. But I’m also aware that sugar needs to be eaten in moderation, both for the sake of your teeth and your general health. I’m also quite partial to quinoa, which, unlike most grains, is a complete protein. It’s a little strange if you’re not used to it; the grains are tiny and each has a peculiar little tail on them, which isn’t to everyone’s taste. But in puffed form, they’re just like any small grain. So how did it work in granola? Actually, rather well. If you’re used to very sugary cereal you might wonder where the sugar went, but each variety has plenty of flavour and texture. The beetroot flavour, in case you’re wondering, just has beetroot powder in it – not chunks of beetroot – and doesn’t taste overtly beetrooty. I rather liked it. 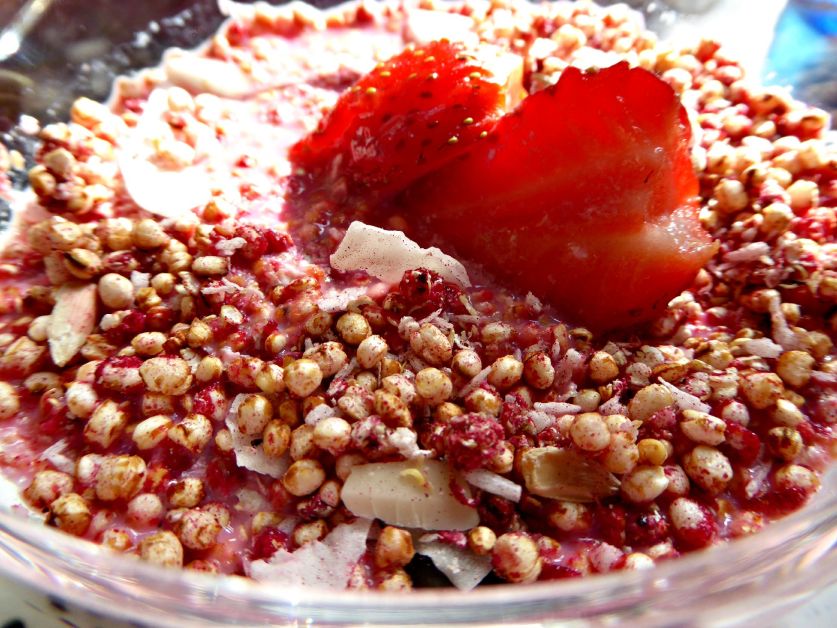 Louola’s asked me to come up with a recipe using quinola, so here’s a super-healthy and – though I say so myself – rather delicious quinola energy bar which I’m now using to fuel my training. 2. Whizz the dates in a food processor until fairly smooth.

3. Add the quinola and whizz some more.

5. Press the mix into the tin, smoothing down with a spatula.

6. Place in freezer for at least 1 hour, then cut into slices and enjoy. A big thank you to Louola’s for my prize and to the Health Bloggers Community for the opportunity, and for all your fabulous advice and support.

Why rowing is the best sport for older peopleRebounce! The cardio class taking the fitness world by storm