Why rowing is the best sport for older people 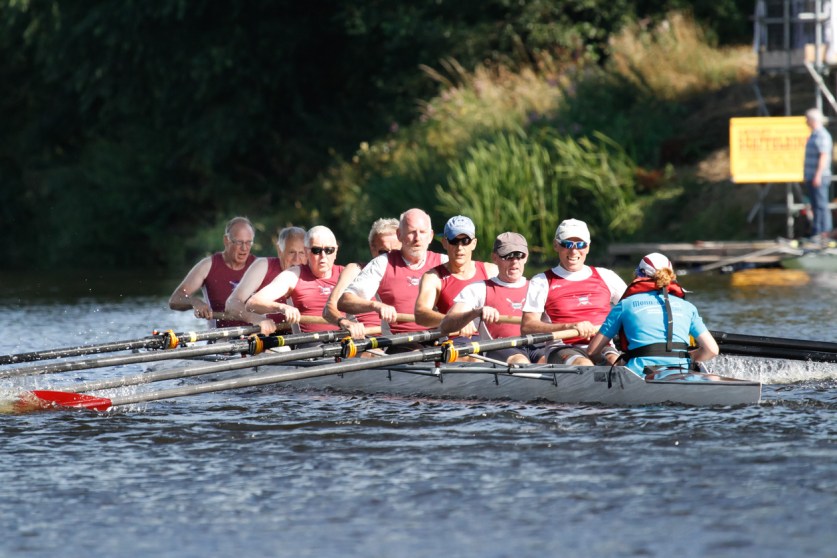 When you think about rowing, you might picture the Boat Race, with strong young men or women powering down the Thames. Or maybe you call to mind Pinsent and Redgrave, or even – if you’re more up to date – Helen Glover and Heather Stanning. Either way, the likelihood is you’re imagining young, lithe, powerful bodies that look fabulous in lycra, rather than wrinkled skin covering ageing frames.

But I’m here to tell you that rowing isn’t just for young people – it’s a fantastic sport for people in their 40s, 50s, 60s and even older. Whatever your age, it will transform your body, improve your fitness and introduce you to some of the greatest people you’ll ever meet.

BUT ISN’T IT REALLY, REALLY HARD ON YOUR BODY?

Yes, rowing is pretty strenuous, and if you’re coming to it later in life you’ll want to build up your training gradually. But unless you have medical reasons not to exert yourself, there’s no reason not to take up a tough sport, so long as you start sensibly.

Rowing is low impact and so puts much less strain on your joints than, say, running. It gives your whole body a work-out, so you’re spreading the load all over your body, rather than just working one bit of your body. It improves muscle tone and increases lean body mass, improves physical stamina and slows your heart rate – all good for an ageing body. Best of all for anyone worried about osteoporosis, despite being low impact, studies have shown that rowing is good for stimulating bone growth and builds bone mineral density – good news for those of us women who are heading into That Time of Life.

Just take a look at how rowing compares with other forms of exercise: 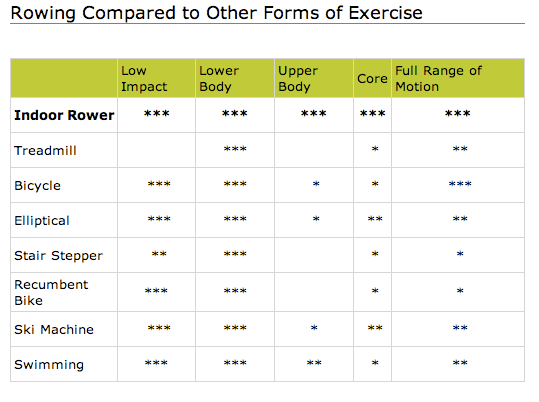 BUT SERIOUSLY. DO PEOPLE REALLY ROW LATER IN LIFE?

The answer is an emphatic yes!

40s: Most of the women in my rowing squad took up the sport at 40+ or later, and as in masters rowing there’s a system of handicaps, each Significant Birthday is greeted with wild celebration. Getting old just gets better.

50s: This picture shows my first win. The average age in our crew was over 50. I’m the one on the far left, by the way. 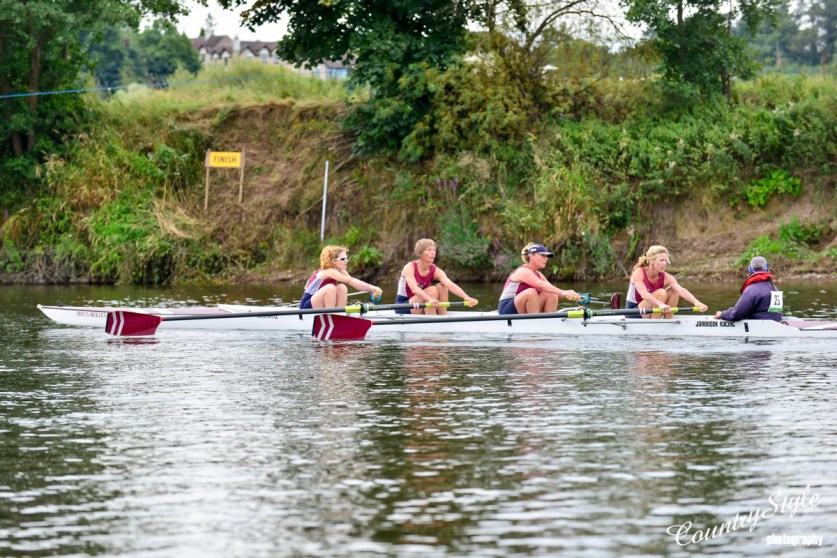 60s: Just this weekend, I coxed a crew to victory at a local regatta. Their average age was 65. 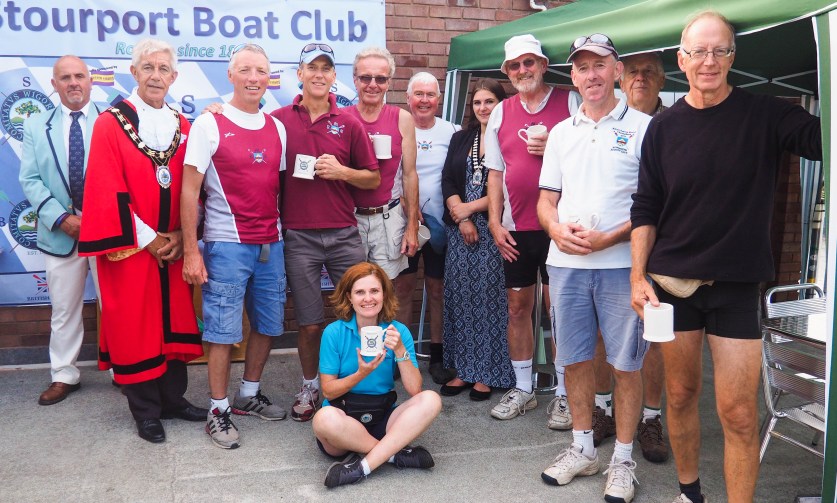 70s: I row (and compete) regularly with a lady in her seventies. I’m a little embarrassed to say that she’s every bit as strong as me.

80s: Last year we held a special regatta for the 80th birthday of one of our club stalwarts. His crew won, incidentally. See if you can spot him in this crew of lookalikes: 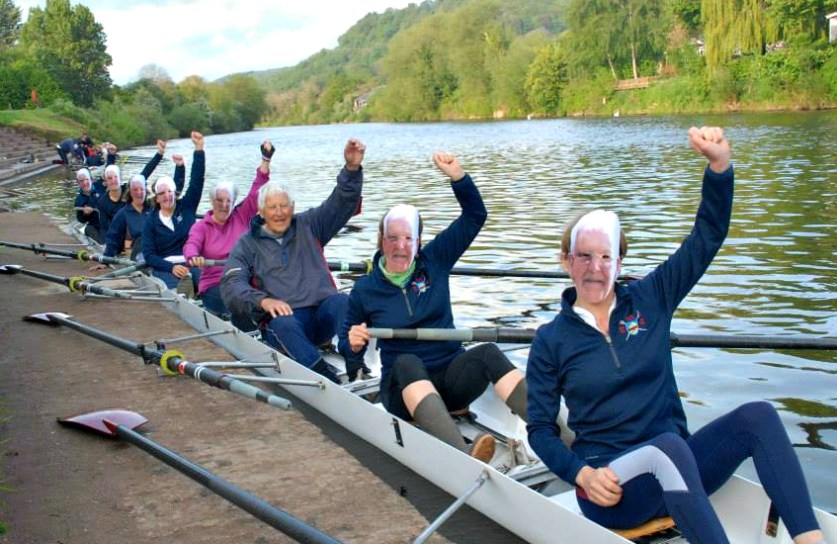 90s: Don’t imagine that it all stops in your eighties, either. In 2014, 96-year-old Paul Randall competed in the World Indoor Rowing Championships which involves an all-out, lung-bursting, leg-screamer of a race to get to 2 km. He took a bit longer than the younger competitors, but really, who’s counting?

BUT IT’S POSH AND EXPENSIVE, RIGHT? 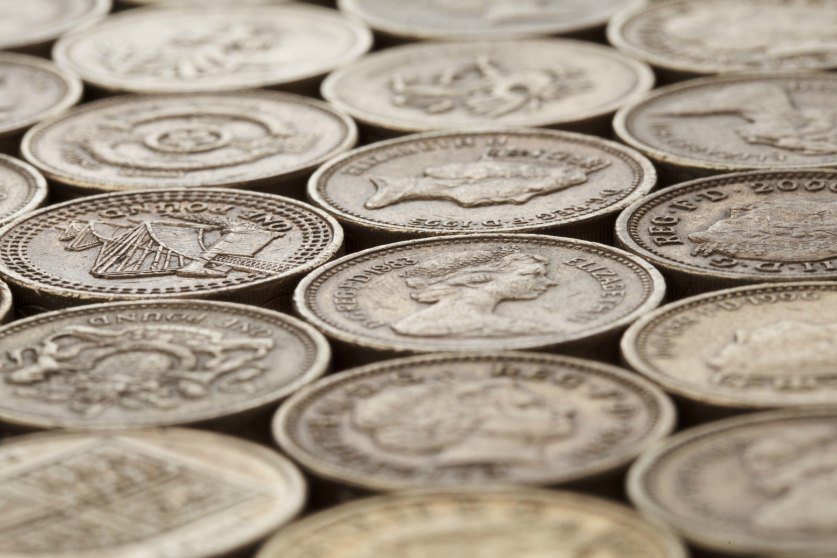 Again, wrong. If all you’ve seen of rowing is the Boat Race, with its blue chip sponsors and swanky image, you could be forgiven for imagining that rowing is terribly elitist. In fact, it’s not. Club rowing is full of ordinary people from all walks of life. Nobody cares where you went to school, how rich you are (unless you’re up for buying the next round), who your daddy is. What counts is whether you’ll pull your weight both on and off the water, whether you’re a joiner-in and how neat your stroke is.

As for the cost, well, the monthly fees at my rowing club are £24/month (much less for juniors, students and retirees). For that I train up to four times per week, can use the gym, the club house, get some training and all the other benefits of rowing. That compares pretty favourably with, say, health clubs which typically charge upwards of £60/month without even getting any blisters to show for it.

IS THAT WHY YOU ROW?

Funnily enough, for all the benefits I’ve listed, none of them really explain why I do the sport. I row because I love the river and being outside surrounded by nature. I row because I’m addicted to the technical challenge – it’s a tricky sport to master and there’s always so much more to learn. And most of all, I row because I love my crewmates – my tough, funny, irreverent, gutsy, ever-thoughtful, sometimes-maddening friends who, like me, are crazy enough to have taken on the rowing challenge and stuck with it. 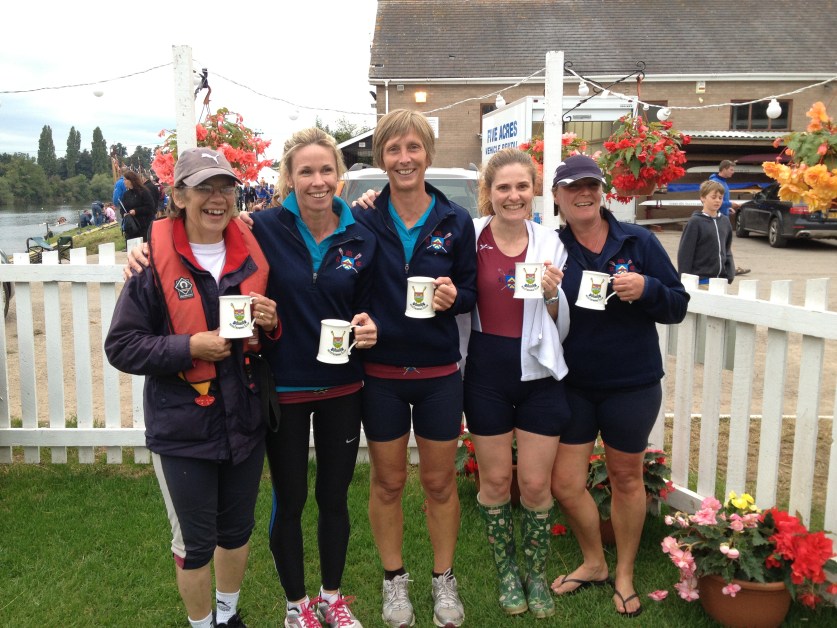 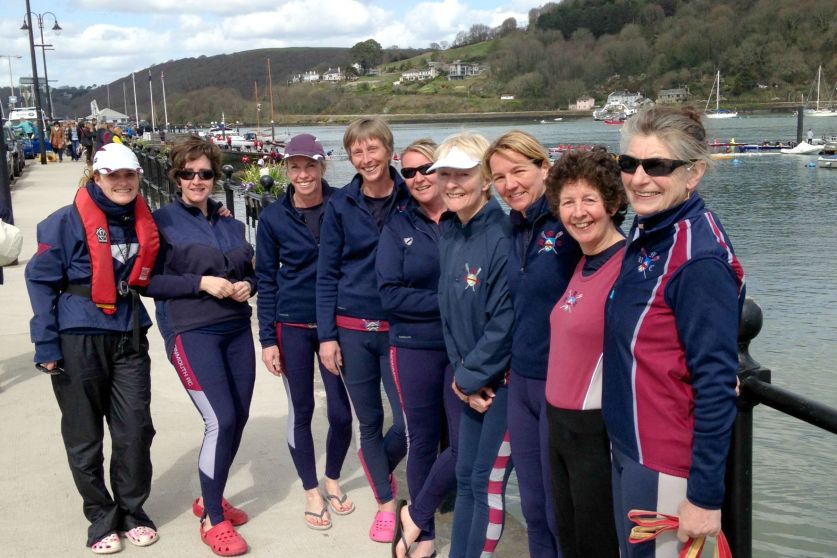 So what do you do if you’re interested in rowing? Well, most clubs don’t let you just rock up and hop into a boat, but there are lots of Learn to Row courses (also called Explore Rowing) at clubs around the country. Don’t let age be the thing that stops you. 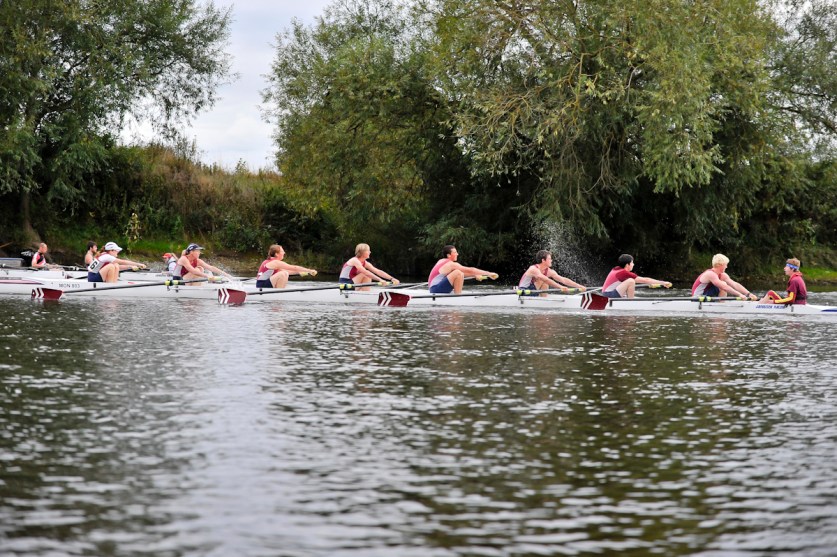 Chia on trial - are we being ripped off?Quinola? You heard it here first
Comments: 11